Well, We Wander in Interesting Times 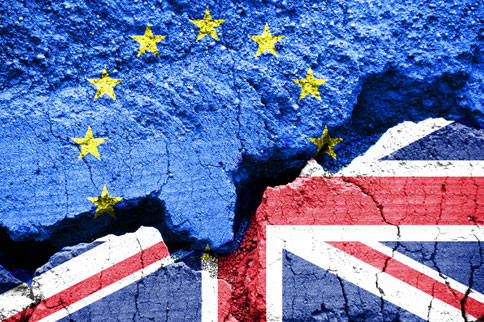 Well, We Wander in Interesting Times

The last month has really become an eye opener, hasn’t it? There’s the BREXIT, an election result that whilst not predicted should have been seriously anticipated and a continually wavering confidence in the markets.

One thing that the BREXIT poll did show up however is the real value in compulsory voting. There have been a number of pundits that have from time to time claimed that we Australians are old fashioned and out of touch; the majority of other first world nations do not have compulsory voting and we should follow suit. It has never been a view that I could support and the post vote reaction in the United Kingdom (UK) has reinforced my view. To see people say subsequently that they did not vote simply because they were confident that it would be a stay vote anyway is fundamentally laughable. If it was that clear then it would never have made it to a poll in the first place.

On the other side of the coin as the nation may well have said they want to go it alone now, they must wrestle with the fact that they need to find a team that will actually make it happen and maintain a positive momentum. It will have its own impact on the UK, but it will also have a potential impact on Europe.

In planning for the future of your business however, it will remain necessary to build in an allowance for a continually difficult European economy. It is reported that the Italian national debt is somewhere about 135% of their Gross Domestic Product (GDP) and that productivity is at an all-time low with the second highest European unemployment rate behind Greece.

The biggest issue for Australian businesses at present is that there is no ability to set and forget. Once upon a time you could review the plan set it into operation and keep an eye out for a significant change on the horizon. Today however there are many more factors that many businesses need to keep on a ‘watch-list’ and regularly check for negative changes that may impact them.

One factor, that in such an economic situation, one can be prompted to ask is whether the laws we have actually provide for the best form of recovery in the event of financial or business difficulty. Regrettably we continually seek to complicate things when in reality we really need to seek out solutions that are quicker, more capable of practical implementation and more likely to guarantee success on the other side.

Such a question was recently posed in the media in response to the collapse of the Dick Smith Electronics business, where the whole operation went from a positive audit report in August 2015 to almost non-existence in February this year, a period of approximately six months! One of the biggest issues is that there are so many different approaches that can be taken to try and rectify a situation, but vary as to who can exercise what degree of control over each of the different forms.

Is it time that we move to there being one singular form of appointment regardless of who appoints, be it director, lender or Court. Should we move to a situation where an entity is placed into, let’s call it ‘Examination’ with an appropriate appointee or appointees to oversee both gaining of control and the analysis of the exact situation. Once conducted and a conclusion and recommendations determined then the matter could be moved either to some form of appointment to provide for programmed rejuvenation, or in the alternate a formal process of termination. The time-frames could be statutorily set to be relevant to the size and nature of the organisation and there would only be the need for one appointment with appropriate review and input by all relevant parties.

The other key component being a process designed to maximise efficiency, minimise cost, maximise the retention of stakeholder value and put meaningful information in front of stakeholders in a legible and intelligent manner. In essence maximise the return to the community as a whole rather than simply pouring funds into the pockets of a limited few with no real result achieved.

There would be one set of rules and a far more even playing field. It’s well worth future consideration because we simply cannot predict where the market will ultimately go. Lots of people work to hold it up, but I’m yet to speak to someone that says they have precise visibility of the clear sky ahead. It’s at least worth a thought.