Now’s not the time

Now’s not the time 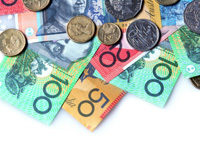 Over recent times I have enjoyed seeing the groundswell of debate supporting, if not out rightly demanding for the removal of Stamp Duty from the sale of Real Property. In particular this reached almost fever pitch as we came to the State Budget.

Yes I know that the State Government has been making a “motza” over recent years but that is how our system works. There may well be a time in the future where sales may not be so buoyant, and if there was a more appropriate time to consider removal then surely it would be at that stage that it should be done not when the market is running almost out of control.

However for me though, one of the most important aspects that the Property Industry will need to address first is cost, and its plan to control it. When the ‘First Home Buyers Grant’ was brought in, almost overnight all of the properties targeted to the first home buyers increased by a similar amount. Given the demand that is in the market at present I could easily believe that with the removal of Stamp Duty, vendors would simply increase their expectations immediately. Thus resulting in an absolute zero benefit to the purchaser.

All that would change is who gets the money.

If you want to look at a scheme that could benefit the purchaser then more thought needs to be applied. One possible way might be to retain Stamp Duty but give the purchaser a credit for the Stamp Duty they had previously paid, essentially a top up scheme, so that as the owner upgraded they would pay the increase incrementally thus giving them a real benefit that the vendor would have no control over.

I am no State economist but if funding allowed then on the cycle in downsizing you could also allow for a refund but just as equally it could be left that there is no refund but equally there is no further Stamp Duty to pay.

At this time the market needs to be harnessed not fuelled. If it comes of at any pace, and I can remember a forty-five percentage drop in London Real Estate some time ago, there will be many hurting souls seeking assistance to avoid ruin.

Let’s see where the market goes.