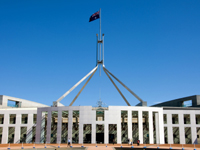 Recent high profile corporate collapses have put the Australian Securities and Investments Commission (“ASIC”) under the spotlight as to its ability to preside over corporate insolvencies. This has instigated an inquiry by the Senate Economics References Committee into the regulation, registration and remuneration of the insolvency industry.

The Committee released a report on 14 September 2010 (“the Report”) after its inquiry. One of the most prominent issues which the Report focused on was the Liquidator’s charges, which are believed by some to be excessive and outstrip the value of assets recovered in the winding up. The Report went on to highlight the conduct of a particular registered Liquidator which did little to speak favourably for the industry as a whole.

Stuart Ariff (“Ariff”), formerly a Registered Liquidator and Official Liquidator, was found guilty of 83 charges of gross misconduct in respect of his duties to 16 companies. In his administration of Carlovers Carwash Limited, he consumed more than $11 million in deed funds for his remuneration and disbursements while Creditors, whose claims amounted to $4.5 million, received nothing. Carlovers noted that “Mr Ariff took false or nonexistent fees and disbursements, over- serviced, prolonged settlements, charged excessively high fees, took fees not approved by creditors and arranged associate companies to circumvent creditor approval for payment of remuneration.”

The Committee noted that although three formal complaints were forwarded to ASIC and over fifty informal complaints were made to the Insolvency Practitioners Association of Australia and various accountancy bodies over 2005 to 2007 regarding Mr Ariff’s conduct, “ASIC only took action when the media became involved.” The Report stated that this case highlighted ASIC’s lack of response to investigate promptly into complaints about Liquidators’ misconduct.

As a result of the conduct of Mr Ariff, ASIC sought to cancel his registration as a Liquidator. Further proceedings associated with this resulted in orders from the Court that Mr Ariff is now prohibited from holding the office of an insolvency practitioner for life and he was also ordered to pay $5 million to victims.

The Report also covered complaints made and proceedings against other practitioners in relation to their lack of independence.

In light of the shortfalls the Report believed existed in the current insolvency system, the Senate listed 17 recommendations in the Report which may be incorporated, including the following:-

Should the recommendations be implemented, it means that there will be stricter regulation of insolvency practitioners’ remuneration. The Insolvency Practitioners Association of Australia and the Institute of Chartered Accountants of Australia seem willing to embrace the reforms.

In considering if there will be any immediate legislative amendments following the Senate Committee’s findings, a spokesman for Treasurer Wayne Swan has indicated that “the government has no plans to amend the framework for supervision of the insolvency industry”.

The Committee’s recommendations have been criticised by some as a mere shift of responsibility from ASIC to another. Without identifying the underlying deficiencies of the current regulator, the new regulator may be faced with the same difficulties.

Although it has been contended that ASIC is overburdened and lacks sufficient resources to carry out its responsibility to oversee insolvency practitioners, critics have pointed out that having limited resources does not preclude a reshuffling of priorities by ASIC. Michael Aitken, professor of Capital Market Technologies at the University of NSW, noted that, “…if the committee found out something, it found out that this area is not a current priority for ASIC. That is not to say it can’t become a priority.” This is especially relevant seeing the steep escalation in the number of corporate insolvencies due to the global financial crisis.

It is noted and understood that the conduct of a minority of parties can tarnish the reputation of a whole industry. However, if the conduct of these parties serves as a catalyst to bring reforms to the system, and creates a greater confidence in the community, then such measures should be a welcome change.