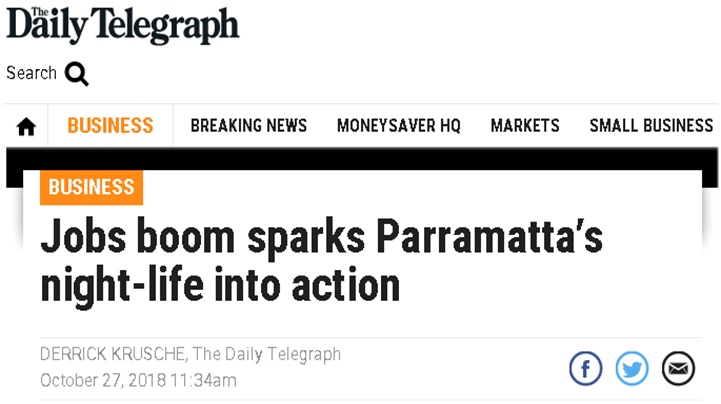 A NEW generation of office workers is raising a glass to Parramatta and shaking up the area’s night-life.

Rather than heading into the city for a post-work tipple, they are choosing to stay and play in Parramatta. And this is having a knock-on effect for the area’s watering holes, with up-market cocktails and craft beers now the centre of the scene.

This thriving night-time economy has been driven by a huge growth in the number of people working in and around Parramatta. Several big companies — including Deloitte, PwC and KPMG — and government departments have already moved in and more are expected in the next few years. 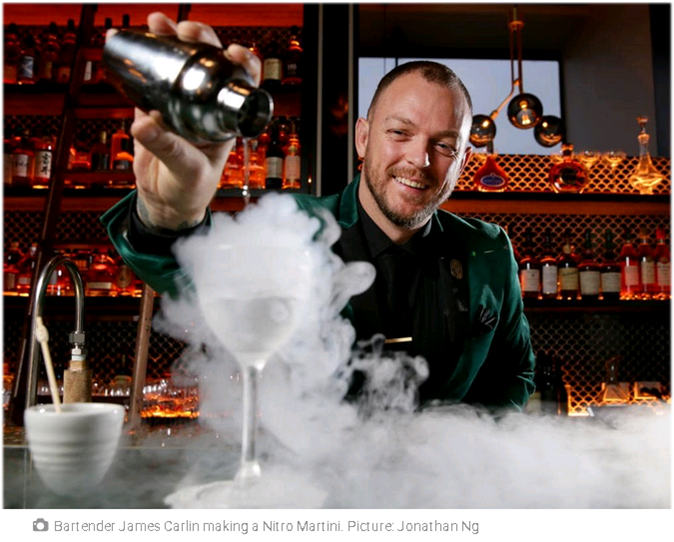 “In a bit over a year there will be 4000 new workers and we are already starting to see streets that were dead come alive,” Mr Borger said.

“There is a choice of places to go out to — big cities change all the time, every week something new is opening, that’s exciting, it is no longer the country town it once was.”

It has resulted in several new bars opening up across the CBD.

The art deco-themed rooftop cocktail bar Nick and Nora’s opened this week, serving 50 different types of champagne and 900 different spirits. Managing director James Carlin said his venue was “the only high-end cocktail bar outside of the city”.

“There’s a point of difference for people who really want to experience something premium,” he said.

“We looked around at what’s in the area and we made a venue where we would like to drink.” 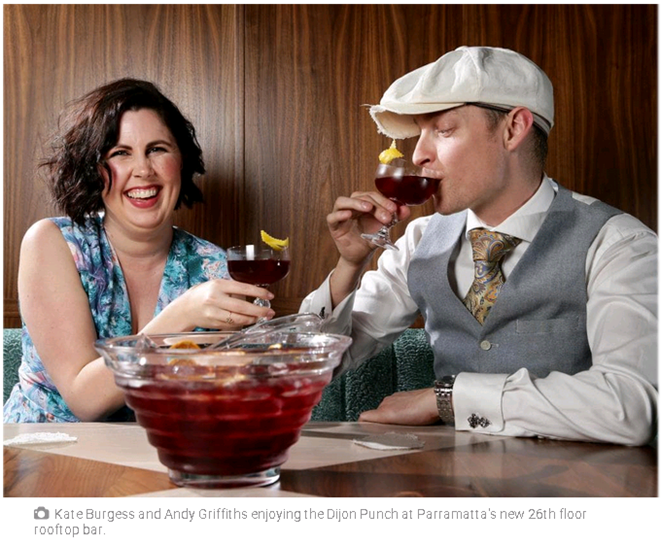 “The night-life in Parramatta on Friday and Saturday in particular is strong and growing, which is something we as a city are very proud of,” Mr Condon said.

And he said the opening of bars such as Nick and Nora’s would only help the local economy flourish.

“Categorically, it helps our local businesses and it helps the local area to grow and develop,” Mr Condon said.

“But it also offers Sydneysiders a workable and warm area that doesn’t face the same time constrictions that Sydney’s CBD faces with lockout laws.”