The Real Cost Of Good Advice

The Real Cost Of Good Advice 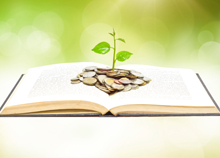 When business people seek advice it is sometimes when their world is falling down around them because they were given dreadful advice by people who promised them a solution for what appears to be a bargain.

I have to say it: you often get what you pay for. The following is a true story.

I was referred to a business which had only been operating for four years and they were already turning over more than $6 million annually. Impressive. Until I found out the ‘real story’. They had made a small taxable profit in the previous financial year of $150,000. They were experiencing big losses this year and on top of that they owed the ATO $250,000 in Income Tax, GST and PAYG. Their cash flow wasn’t enough to cover wages, clear shipments and take care of the tax debt. Despite this the business owners told me that the structure of the company was sound and they had their own rescue plan.

It didn’t take long to find out that what they had thought in respect to the health of their business and more importantly their plan into the future was seriously based on flawed assumption, and if they did not take corrective action quickly they might lose the lot.

The previous year’s profit was questionable as they felt the current year losses were expenses that may have related to the previous year. The so-called ‘structure’ was like a can of worms. The head company had signed leases for branch companies meaning they couldn’t’t go ahead and wind up the head company as it would drag down the branches. Their plan? Well, they didn’t’t have a budget or projected balance sheet and they couldn’t’t tell me what their GP was…they were simply going to open more branches or stores. And, this apparently was going to save the day for them. Remember, this had all come from ‘paid advice’.

It was very clear early on that their advisor who was a qualified bookkeeper was clearly out of their depth. They had promised monthly reports to measure progress and this didn’t happen and the bookkeeping itself was so bad it had become meaningless. When they told me the fee they were paying this ‘advisor’ it all became clear. Peanuts for monkeys. His limited experience was causing this potentially strong business to topple over.
New proposals for a three-pronged solution was presented, which included the following:

Secondly – Immediate up the bookkeeping, internal controls and procedures, a new reporting regime,

Thirdly – establishing an Advisory Board to drive strategic direction

The immediate concern was to establish for certain if the business was profitable or not, and if not, find out what had to be done. We would determine exactly what the business was worth in the short and medium term and if the cash flow was not achievable we would need to seek expert help in restructuring and investigate borrowing options. The introduction of daily and monthly reports against budget and other KPI’s would monitor their results in real time and put a lot more accountability on the employees.

Disciple would be introduced by documenting policies and procedures and to lower operating costs and finally an Advisory Board would bring a wealth of knowledge from successful business people in a variety of sectors and this would help to identify pitfalls and look at smart solutions.

Happily the business owner agreed with the analysis and solution, however sadly he decided against proceeding with the service as the fee was not affordable, so we went our separate ways.

So what happened to them? Unfortunately they were forced to sell the business and the owners are hoping that, at best, they would break even. A lot of effort from all sides was trashed at the sign of potential fees to retain the correct advice.

It fair to say the projections from the analysis and advice from a strong advisory board to save the business was far more optimistic than what they ended up with.

Sometimes the real cost of bad advice is the cost potentially losing everything.
About our Guest Author:
Michael is a Founding Partner and Director at ATB Partners. For more information visit: www.atb.net.au