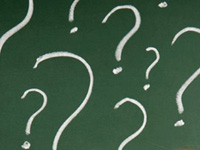 Like every other working individual, Liquidators are also faced with that three letter word ending with an X which everybody loves to hear, TAX! A Liquidator’s duty in dealing with the assets of a Company under Liquidation can generally be summarised into a three step process as follows:-

It is at this third step that the Liquidator has sold and disposed of a Capital Gains Tax (“CGT”) Asset of the Company which opens the question of tax, particularly, those consequences borne by the Liquidator. Prior to 1985, individuals and entities alike were only subject to tax on the derivation of income and not the disposal of CGT Assets. However, since the introduction of the Capital Gains Provisions within the Income Tax Assessment Acts, dealing with the disposal of Assets has become more burdensome and complicated for Liquidator’s.

As such, unless the CGT Asset is disposed of again after the disposal made by the Liquidator, then no CGT liability payable against an individual or entity has been incurred. It should be noted that the CGT provisions included within the Act limit the liability of the Liquidator on the disposal of CGT Assets, however, it does not eliminate personal liability in full. There are other complex areas involved in Liquidation scenarios which may make the Liquidator personally liable for net capital gains. In such complicated situations it would be diligent for all Insolvency Practitioners to obtain the appropriate Taxation advice.