Statute Barred Debts: How Old is too Old?

Statute Barred Debts: How Old is too Old? 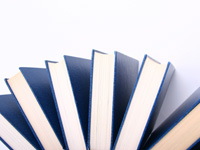 The limitations period for recovery of debts emerges from state, rather than national legislation, which gives rise to different limitation periods for debts under simple contracts as well as those pursuant to a Court Judgement.  Most jurisdictions in Australia provide a standard period of 6 years for the recovery of debts under simple contract, while providing a longer period of around 12 years for debts pursuant to a Court Judgement.

The limitation period starts from the date on which the right of action accrued which in plain English generally means the date of default. This can refer to the date which a contract requires payment or in the case of a missed instalment, the date that relevant instalment became due and payable.

The limitation period can restart once the creditor takes court action to recover the debt. It can also be re-started if the debtor either makes a payment to satisfy the debt or acknowledges the debt in writing. Such a declaration must constitute a “clear acknowledgement that the debt exists and is unpaid.” In NSW, NT and the ACT, once the initial limitation period has expired, it cannot be restarted by the above actions, however in all other Australia jurisdictions, statute-barred debts can be restarted at any time, even if the initial limitation period has expired.

Given the differences between the various limitations statutes within Australia, it is important to correctly identify the appropriate legislation for a particular debt.  In this regard, the general rule is that the place of residence of the debtor when the contract was entered into, however in some cases it can be the jurisdiction; in which the contract was entered into. Therefore, the primary statute of concern is the Limitations Act 1969 (NSW) which is the relevant legislation for NSW.