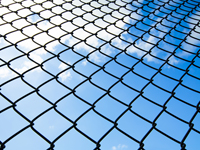 In the context of the Insolvency industry, holding security over debts is often viewed as an effective safety net against the ever-present threat of default. However, as the recent case law reveals, this assumption is coming under increasing threat, especially in the context of the recent PPSA (Personal Property Securities Act) law reform. In particular, the recent case of Dura v Hue Boutique[1] shows that the limits of the rights of secured creditors as well as the importance of prompt registration of any suspected security interests.

The above mentioned case is important for a number of reasons, most notably because it shows the situation where a security interest (as defined by Section 12(1) of the PPSA) arises from a transaction. In this case, a debtor company ‘Dura’, in order to secure a stay on the execution of a judgement debt (owing to the creditor ‘Hue Boutique’) was compelled by a court order to pay $1,000,000 into an interest bearing account in the names of the solicitors for the two parties. After the funds had been deposited, Dura was granted a loan by its parent company secured by an ALLPAAP security interest registered under the PPSA.

Dura later lost the subsequent appeal and was liable to pay Hue the original judgement debt including the $1Million placed in the supervised account. Dura was subsequently placed into liquidation creating a conflicting claim between Hue and Dura’s parent company (operating through appointed receivers and managers). Hue sought an order that the Funds in the account be paid to it on an equitable basis. However, Dura’s receivers resisted this request by arguing that the payment of the funds into the court-nominated account gave rise to a security interest under Section 12(1) of the PPSA. Further, since Hue had failed to ‘perfect’ (i.e. register on time) said security interest, it should vest in the grantor of the security interest pursuant to S267 (2) of the PPSA, and would hence flow to the parent company by virtue of their properly registered ALLPAAP security interest.

This case raises several implications regarding the status of secured creditors particularly in respect of insolvency matters. First of all, the importance of ‘perfecting’ any potential security interests by registering them with the PPSR cannot be understated. Although the above case found in favour of the judgement creditor, had a security interest been found to exist, the funds in the court account would have flowed to the debtor company pursuant to S267 (2). The case is also relevant as it raises doubts over whether a security interest under the PPSA would be established in circumstances traditionally considered secured debts, such as deposits for leases of premises as well as equipment hire agreements and other similar arrangements. Particularly in regards to potentially insolvent debtors, creditors seeking to acquire security over obligations such as judgement debts should ensure that any potential security interests are duly registered with the PPSR in order to prevent the operation of S267 (2) and retain legal ownership of the security.