Bankrupts’ Right to Intervene as a Non-Party to a Proceeding

Bankrupts’ Right to Intervene as a Non-Party to a Proceeding 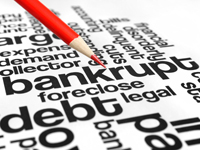 In a recent Federal Magistrate’s Court Decision, Low v Barnet (Trustee); In the Matter of Mathai [2014] FCA 728 (04 July 2014) (Foster J), it was affirmed that a bankrupt will be granted leave to intervene as a non-party to proceedings between a creditor and a trustee if they have both a financial interest in seeing the proceedings properly defended and a contingent legal interest directly affected by a creditor’s claim.

The facts and the circumstances of the case were as follows:-

The issue before the Court was whether the bankrupt or his son had real interest in the outcome of the petitioning creditor’s application based upon which they could be granted a leave to intervene.

After considering the following aspects, the Court granted leave to the bankrupt for the intervention but not to his son:-

The above grant of leave to the Bankrupt confirms that although a non-party to a proceeding, the bankrupt holds the right to request a leave to intervene where he has both a financial and a contingent legal interest directly affected by a creditor’s claim.