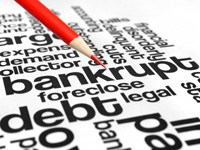 Part X1 of the Bankruptcy Act 1966 (“the Act”) contains provisions enabling the Insolvent Estate of deceased persons to be administered in Bankruptcy. Part X1 of the Act provides for the following:-

Insolvent Deceased Estates can also be administered under the State and Territory Laws and do not have to be administered under the Act. The similarity with both the State and Territory Laws and the Bankruptcy Act is that both pay rateable distribution to Creditors. However, in the Bankruptcy Act the Trustee can recover property that may not otherwise be available to Creditors in respect of the antecedent transaction provisions of the Act.

It is noted that the Official Receiver is not involved in the Application Process. An Order for the Administration of a Deceased Estate can be made by the Federal Circuit Court or the Federal Court.  A Creditor or the Legal Representative of the Deceased Debtor may apply to the Court for an Order that the Deceased Estate be administered under Part X1of the Act presenting a petition to the Court pursuant to Sections 244 and 247 of the Act. Should the proceedings already be commenced in the State or the Territory Court for the administration of a Deceased person’s Estate under the respective State or Territory Law, a petition cannot be presented underpart X1 of the Act without the leave of the Court. If a Creditor is seeking an Administration Order, the application is very similar to presenting a Creditor’s Petition against a living Debtor except there does not need to an “Act of Bankruptcy”.