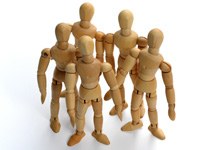 Insolvency can potentially have a significant effect on the lives and livelihood of many different stakeholders from employers, business owners, suppliers, creditors and many more. According to figures from the ARITA website, every year around 400,000 Australians are affected by approximately 30,000 bankruptcies and debt agreement together with 10,000 corporate external administrations. Insolvency can virtually affect any person or business, and with that, it is important to have a proper understanding of what insolvency looks like and what it means to be insolvent.

It goes without saying that the basic financial model for most individuals and businesses is to have a greater amount of money coming in than money going out. But too often, individuals and businesses find their cash flow under strain due to debts which are accumulated when the money going out to pay bills and expenses is more than the money coming in.

If an individual or business cannot pay their debts when they fall due, they are considered insolvent. These debts are most commonly in the form of overdrafts, credit cards, unpaid salaries, overdue invoices, rent or mortgages, tax owed or simply overdue bills.

In a situation where the directors or creditors believe that the company is insolvent or may become insolvent, it may end up in one of three forms of administration: Liquidation (winding up), Voluntary Administration (or Deed of Company Arrangement) or a Receivership. For individuals facing financial difficulties, they may declare themselves bankrupt by lodgement of a Debtor’s Petition with AFSA or alternatively, a creditor may make a person bankrupt by way of an application to the Court – a Creditor’s Petition.

Since the GFC in 2009, the amount of individuals and businesses finding themselves in a financial rut and having to be forced into bankruptcy or administration sky rocketed and the insolvency industry was at a peak, to say the least. Whilst the number of bankruptcies and administrations has decreased in the past year, there is no denying that there is still a lack of understanding of insolvency.

The message here is simple; have a thorough understanding of what it means to be insolvent and put in preventative measures to avoid finding yourself or your business under financial distress and becoming insolvent. The earlier you take action the better. You should talk to an insolvency professional before your situation or the situation OF your business becomes severe.