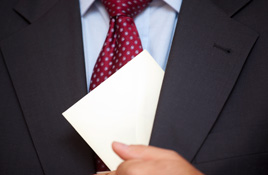 There has been considerable growth in attention towards the duties and responsibilities of company directors in the past few years. Namely, there has been more focus on the conduct of directors in fraudulent activities, in particular what is referred to as “phoenix activity”.

A recent article from the Australian Taxation Office advised that “recent figures show that phoenix activity costs the Australian economy $3.2 billion each year.”

Phoenix activity is found in the deliberate use of liquidation of a corporate entity with the intention to continue the profitable operation of a business through another corporate entity whilst avoiding tax and other liabilities, such as employee entitlements incurred by the original trading entity.

Having regard to all of this information, it poses some serious questions that should be considered by directors and officers of companies. Such as, what sorts of breaches are involved in the event that a director is involved in such fraudulent activities and what liabilities are imposed?

Under general law there is a duty of care between a director and a company of which a fiduciary relationship is also based on. In addition, in relation to phoenix activity, the following statutory duties imposed on directors under the Corporations Act 2001 (the Act) should be considered:

The statutory duties described above are known as civil penalty provisions and the contravention of these provisions which result in a loss to the company could lead to penalties of up to $200,000. If theses breaches of duties constitute a criminal offence it will attract a fine and/or imprisonment.

In addition, the Act also provides that directors who engage in such fraudulent activities may be banned from managing corporations for 5 to 10 years if they have been involved in the failures or insolvencies of two or more corporations within a 7 year period.

Phoenix activity is a serious problem that has a detrimental impact on the Australian economy. However, there are circumstances where there is an honest attempt to revive a business under liquidation, the key distinction between a fraudulent phoenix activity and the honest resurrection of a business is the intent involved in which a liquidation is commenced and the manipulation of a new corporate entity to avoid debts and other responsibilities.

In conclusion, the lesson here is that if you are a director of a company that is in financial difficulties and you are considering placing your company into liquidation with the idea of having a fresh start, I urge you to seek professional advice before doing so as there are many implications to consider.