Land Tax: From Billionaire’s to Bankrupt’s

Land Tax: From Billionaire’s to Bankrupt’s 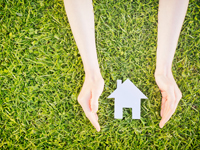 Particularly in respect of the current booming Sydney property market, land tax has become an increasingly important issue for investors. For those of us that can’t afford a million dollar legal team that is.

Land tax, similarly to council rates, attaches to property rather than to an individual. Land tax is payable by all land holders in NSW aside from several exceptions, the most notable is the principal’s place of residence exception. This exception exempts land owners from paying land tax if they claim the land in question as their primary residence. However, land owners are only allowed to claim one plot as their primary residence, although there are no size or value restrictions attached.

Consider the case of Harry Triguboff, Australia’s 6th richest man with a net worth of approximately $4.3 Billion. Harry, not content with his existing $15 Million dollar Vaucluse mansion, decided to purchase his much envied neighbour’s modest $10 Million dollar property.  He then proceeded to tear down the dividing fence between the two properties as well as adjusting the gardens to effectively turn two properties into one.

However, the Office of State Revenue (Represented by the Valuer-General) disagreed, arguing that Mr Triguboff could only have one property exempted from land tax, but not both. A quarrel of lawyers later (thanks Wikipedia), and the court ruled that Harry was indeed exempt from paying tax on his ‘spare’ house, netting Harry a saving of almost $200,000. Don’t get too excited though, the facts of the case were heavily in favour of Mr Triguboff, as he made frequent use of the spare house and treated it effectively as an extension of his home. It also helped that his big-screen TV was in his ‘spare’ house’s study whilst the main house’s study was entirely TV-deprived.

For those of us without millions in loose change to throw at teams of slick lawyers, there are some simpler things you can do to minimise your exposure to land tax. First of all, when buying an investment property make sure to get a land clearance certificate from either the Office of State Revenue or from one of their approved Client Service Providers. This certificate ensures that all land taxes have been paid and provides peace of mind that you won’t receive any nasty surprises. Further, whilst the principal place of residence exception can be used by individuals for their home, no such exemption applies to companies- so don’t think putting a parcel of land under your company’s name will let you beat the taxman.

While not exactly commonplace, it is not unheard-of for Bankrupt’s to own investment properties which vest with the Trustee upon Bankruptcy. Any such properties will of course be subject to land tax, which can impact on any distribution to creditors. It is also possible for Bankrupt’s to offer their home and investment property jointly as security under a mortgage agreement, usually to fund their business ventures. Such arrangements can create a negative equity position in the investment property as the estimated sale proceeds are outweighed by the existing mortgage over the property. However, the Trustee may still endeavour to sell the property as any reduction in the principal of the mortgage would leave the Bankrupt’s other property in a stronger equity position which the Trustee is able to realise for the benefit of the Bankrupt’s creditors.