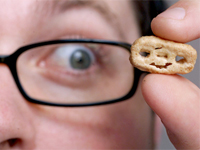 I was speaking to a solicitor recently who, in conversation, indicated that he was working on two conveyances involving two half million dollar properties that were only 252 square meters in size! Our immediate mutual reaction was that the increase in property values can simply not keep going the way it is going. Subsequently, in a recent article I was reading there was a reference to the present property hikes being like the ‘gorilla’ in the famous video clip that no one sees until it’s pointed out to them; lots of people are talking about it but there doesn’t seem to be any real reaction.

There are clearly growing concerns that if you don’t get in now, you will never be able to; but what if there are numerous people in the property game now who won’t be able to remain in the market if interest rates rise? If this is the case and interest rates rise then there is most likely to be a number of properties placed on the market all at the same time. Such a potential avalanche coupled with the continued production of existing work in progress will quite likely see a significant reduction in value at least until the glut resides.  The situation will also worsen if lenders impose penalties because the loan/asset ratio is out of kilter; potentially placing even more properties on the market.

There was a significant downturn in property prices in the early 90’s which saw houses in western Sydney come off by around 15 percent, and in some areas only for a very short period, but some harbour side properties lost close to 50 percent of their previous sale price and took much longer to recover! Whilst the situation did recover slowly there were many that lost significantly because they were unable to carry all of their investments through the period of downturn. With this impact still fresh on the mind, I received a form letter from my then bank advising that they had decided to circulate to all of their customers later in the 90’s, indicating that under no circumstances would they approve funding for the purchase of any single bed-sit apartments in Sydney, as they had formed the opinion that the market in this particular product had overheated and the properties we no longer adequate as either security or an investment.

Moving on however, back in December of 2004 there was a graphic designer by the name of Chris Doyle who whilst pouring his breakfast cereal one morning discovered that one of the cereal pieces bore an uncanny resemblance to E.T., the extra-terrestrial from the 1982 movie. Seeing an opportunity and not wanting to prevent an avid fan from having the possibility of owning it, the piece of cereal was promptly put on EBay for sale, and it ultimately sold for $1035. Meanwhile one of the daily papers went out and spent around $7 to purchase a whole packet and found more than 30 similar E.T. look alike grains. Just like our real estate people didn’t take the time to properly research, analyse and plan on a longer term basis.

Reality has a bad habit of catching up with everyone one day. As prices continue to rise the likelihood of a correction increases. Why? Because people who own property see what sales are being achieved in the market and put their own properties on the market to release the overstated value they contain. The more properties on the market the lower the prices will go. Yes, one day prices are likely to recover, but if you know people who really must invest in property in the immediate term, then please help them to ensure that they can afford to carry it through the bad times, regardless of what the cost is.