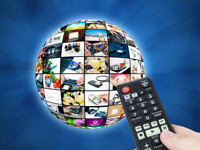 The 24 hour news cycle has changed the way Australians consume their news information, websites and social media all provide an easy tool. This news cycle has placed enormous strain on journalists, in particular economic journalists. Take for example the large amount of profit announcement s of ASX listed organisations, on any given day; as many as 30 companies could announce their profits on the same day, placing great pressure on journalists to relay the information to the reader as quickly as possible.

A simple review of Australia`s best known financial news sites during recent reporting season, showed that many journalists had clearly lifted large amounts of report information and placed them into articles and offered little analysis. For example, no research was done on the reasons that were given for one listed ASX mining organisation informing shareholders that it expected to increase profits by the end of the financial year, even though the iron ore price had continued to fall throughout the year with no end in sight and China continued to suffer from falling terms of trade. It would be understandable if the journalist came back at a later time and corrected the article or sort specific comment from the company in question to address these issues, but sadly, such a correction was lacking.

It is not just ASX news releases that have come-up short, many professional services firms have sort to release their own independent statements to market to inform but also mainly to promote themselves. Recruitment agents and Management Consultants are particularly guilty of this practice. Just last year, one of the larger recruiters released a job market “forecast” for 2015 in December, it stated that two-thirds of managers stated that they were looking to employ in the first quarter of 2015, the journalist who covered the story spoke of “employers needing to act quickly early in the year to ensure they had the best opportunity to access the best talent”. At the same time the NAB business confidence survey spoke of employers taking a “wait and see” approach for 2015 and the Reserve Banks expecting unemployment to rise into mid-2015. Neither one of these two facts were mentioned by the journalist.

There is no doubt that Journalists have a changing role in this day and age, whilst there is no doubt great pressure of them to “pump out” an article they also need to balance their responsibility to the reader. Simply relying on company driven information and not old-fashioned journalistic research is simply not enough.

Tags: On The Beam