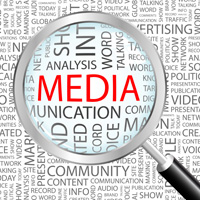 Most Australians rely upon mainstream journalists and news services for their daily roundup of news from across the world, this includes their information on current economic conditions. Having an attention grabbing heading is always important to arouse viewer interest and sadly this often involves sensationalising issues beyond their actual current state.

A good example can be found in December 2014. Mainstream media were only too happy to trumpet the fact that the Australian unemployment rate was the worst in around 12 years at 6.3%, but a closer look at the figures reveals a different story. Firstly, most economists were expecting the rate to rise from 6.2% to 6.4%. Secondly, rounding the unemployment has only risen .01%, from 6.25% to 6.26% which pushes the result into the next percentage bracket (6.3%). Finally, the economy was able to create more than 40,000 new jobs in the month, this was the fastest pace of jobs growth since March 2012. These facts did not rate a mention on mainstream media.

The improving US economy has led to many in the mainstream media to ask why we are not doing the same. The fact remains that our economy is growing (albeit slowly). This is backed up by GDP figures that are low by historical standards but have beaten analysts’ expectations, this yet again does not get reported. The US economy has been a very good “Bellwether” for the Australian economy, however it generally takes around a year for the effects to flow to Australia. The American economy is surging, unemployment is down, borrowing and consumer confidence is up and wages, for the first time in years, have just started to show growth – Australia will benefit but it will just take time. These facts appear to be lost on mainstream media.

About the only global economic factor that is celebrated by mainstream media is the fall in oil prices.

This poor analysis and reporting of economic conditions has an effect of reducing consumer sentiment and creating concern that is unwarranted. The backbone of the Australian economy is small business and it is vital that “Mums and Dads” feel comfortable about the economy and secure about the future in order to spend. The Economy no doubt has issues but to scare consumers into believing that there are severe structural issues is bordering on irresponsible journalism.