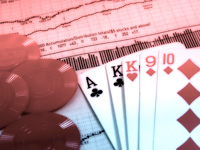 It’s no secret that Australia has a long established and ever-increasing penchant for gambling. Since 2001, adult Australians have lost over $14 billion dollars annually on gambling. This is the equivalent of over $1000 dollars for every adult Australian.  This trend towards enjoying a ‘punt’ has had some serious social consequences. In 2004-2005, it was estimated that over 500 Australians became bankrupt (this is a conservative estimate). This article will discuss how gambling is treated under Bankruptcy legislation. It outlines how gambling is treated under bankruptcy legislation and evaluates current sanctions put in place to deal with gambling behaviour.

Some of the consequences of problem gambling that you or someone around you may be exposed to are:

Section 271, of the Bankruptcy Act (1966) has addressed some of these issues as follows:

(b)   during any period between the presentation of that petition and the date on which he or she became a bankrupt, lost any of his or her property;

by gambling or by speculations that, having regard to his or her financial position at the time and any other material circumstance, were rash and hazardous, being gambling and or speculations not connected with a trade or business carried on by him or her, is guilty of an offence and is punishable, on conviction, by imprisonment for a period not exceeding one year.

Gambling is the third most likely and fastest growing cause of bankruptcy in the western world and second most likely within Australia[1]. This may come as a surprise to some but this is due to the massive understatement of gambling recognition listed in a bankrupt’s state of affairs. The above legislation attempts to tackle the consequences of gambling by punishing gamblers who increase their insolvency or lose material assets through hazardous gambling and speculations prior to presentation of a bankruptcy petition. It would be interesting to note how many gamblers would be aware of such legislation, given it seems to be a punishment for offences applied in retrospect. This legislation was more likely developed to protect creditors from fraudulently using money to speculate or gamble. However, section 271 has been criticised for its limited use and shallow impact in dissuading gambling behaviour. The Insolvency and Trustee Service Australia (ITSA), has noted that ‘it will not refer a case to prosecution where it appears he debtor would be a “problem gambler” and had not engaged in any associated criminal activity to finance their gambling habit.[2]’ In turn, this appears that the punishments for such an important and growing cause of bankruptcy are not dealt with accordingly in legislation and masks the damage that it can do to parties related to the bankrupt.

There is the potential for gambling and problem gamblers to cause significant damage to the finances of creditors, friends and family. The current provisions in the Bankruptcy legislation are limited at this current point in time and do not significantly address the issues of problem gambling and bankruptcy both before and during the bankruptcy period. This leaves room for the bankrupt to manipulate the bankruptcy system and accrue significant debts prior to a bankruptcy petition. Insolvency practitioners will look to pressure government regulators in the coming years to address these issues and develop legislation which has a strong response to gambling issues and the accrual of debts prior to bankruptcy. This may well result in increased enforcement, more lengthy imprisonments, and a tougher stance on the garnishing of wages.

The next time you, one of your friends, or family are thinking of having a bet, make sure it is manageable and not with borrowed money. Otherwise, you or someone you know could end up being part of a growing statistic and one of the first to be affected by regulators increasing response to bankrupt gamblers

[2] Insolvency and Trustee Service Australia, Referral of offences under Section 271 of the Bankruptcy Act 1966 (Rash and Hazardous Gambling)(2006) as cited in Duns,J. (2007)