Few people have learned from the past 5 years!

Few people have learned from the past 5 years! 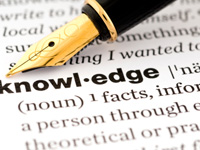 Welcome to 2012! Certain to be an interesting year…already!

We march into 2012 with possibly more already said about this year than any other year in recent history in fact there is a dedicated website to the predictions of 2012! For those interested in watching things unfold feel free to go to www.2012predictions.net, I should also point out at this stage that this site has nothing to do with the Condon Group in any way.

In leaving 2011 there were many people that were confirmed in their belief that 2012 would be the year that insolvencies and liquidators would reign supreme.  I am confident that it will not be an easy year and that there will be many financial issues to surmount, but it will also be a year of opportunities for those that are either properly positioned or willing to take the risks that will go hand in hand with the returns.

The fact that this will be a difficult year was confirmed for me on virtually my first day back.  I have feared the real potential of a double dip not just because of fears emanating from Europe and the U.S. but also because I grow increasingly concerned that very few people have learned any genuine lessons from what we have experienced over the past five years.

When I have clients come in to see me initially I take the information they give me on face value.  I then confirm or verify this information in the sequence in which the detail is important to me.  Some are surprised at this approach, but as I am quick to point out; feed me garbage and the corresponding advice will be rubbish, i.e. useless.  Correspondingly if we create information systems that are not factual then why put any faith in them at all.  The importance of the information system is the power that accurate information gives the user, there is no power in such a document if it merely says ‘we came first’ or ‘we are the best!’

The Financial Review ran the story of the Superannuation Fund IT provider that had, in simple terms, blown its costs out on the system that it had developed which was merely funded by the issuing of shares to the relevant superfund’s who in turn happen to own the IT supplier.

On the other hand, in a potentially real world, the Super Funds would be demanding performance under the existing contract, then threatening legal action to recover under any available insurances, with the provider at least potentially considering insolvency if not actually entering it.  Don’t get me wrong, I’m not suggesting that the IT entity should be wound up, but I seriously question the appropriateness of recording what appears to be an expense as an investment.

Why my reservation? Well it is two-fold.  Firstly, I have lost count of the number of people that have come through our doors with marvellously valued assets that in reality were worth nothing.  They had been living in dream land well before they arrived on our door step.  So focus on reality not bluff because at the end of the day the only one you bluff is yourself.   Secondly, we are endeavouring to achieve a low cost settlement with the wife of one of our bankrupts in order to avoid the significant costs associated with seizing the family home.  If we are successful it will see Creditors paid in full.

So why is this an issue? Well our dedicated and fortunately patient wife is trying to draw down on those funds that she is now entitled to withdraw from her super fund.  Alas, the super fund has put every obstacle in her way and alas the resolution is now measured in months not weeks.  Maybe they have to sell some of the IT Company first?  We will get there, trust me.

In the same paper the Tax Office is quoted as stating “More insolvencies and less tax” so they have left it until the New Year to make their prediction and this should be the potential end of what has been the two speed economy.  The time when all those businesses that have barely survived admit their true financial state as cash flow will not carry them.

What a paper to open on day 1 of the new business calendar year!!

Whatever the challenges, whatever the strains that are thrown at everyone this year, rest assured there will be answers, solutions and options. They may not all be pleasant but many will support survival and revival.

We look forward to once again assisting our clients with their concerns and financial woes this year.  So lets get into a great 2012.