The economically connected world – watch out for Spain and Italy

The economically connected world – watch out for Spain and Italy

In last month’s article “How We Live in Interesting Times”, Schon Condon spoke about keeping an eye on both local and off shore indicators that may change our economic circumstances. Having spent the last eight years at the helm of the Australasian part of a German international business I have become well appraised of the underlying European philosophies that drive the economic components of Europe.

Vigilance is now seriously necessary as European economies have started to step away from the once successful ‘Euro formula’. Greece has said enough is enough and for the betterment of its people has decided to take a stance against doing what’s best for all and are simply looking purely at what’s best for its own domestic issues.

There is no doubt that the big winner from the initial creation of a central European currency has been Germany. The one currency has levelled the playing field and in a very short period of time Germany has proven that the efficient and well organised will survive at the expense of those that are not. 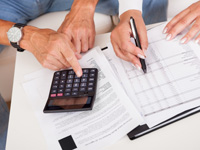 The problem with such an outcome is that it has had enormous social consequences for countries like Greece, Italy and Spain, whose population have been saying that they are embarrassed to be seen as the poor inefficient, almost second rate cousins. As such, some of the giveaways in being part of central European community are no longer politically and socially palatable. In Switzerland the country has decided to drop participation with the Euro with immediate economic benefits to local business, but significant detriment to non-Swiss European borrowers of Swiss Franc’s.

So how will this all play out … The Germans will always take the clinical/analytical view of what is economically sensible for all; even if a few countries must maintain a lower standard of living to achieve the theoretic common good. They hold this view because they are efficient, logical and sensible, something engrained in their DNA. Even though Germany has provided much of the bailout packages to their neighbours this is an easy stance to take as they have been the economic winners to date. Not everyone agrees that for economic reasons a countries population should “put up or shut up”. If Greece and Switzerland have broken ranks then watch this space for Spain, who during the height of the GFC had 35% unemployment rate and Italy, who’s cash crisis was so bad that many thought the country would slide into bankruptcy.

So let’s get local for a minute! If this was to mean the end of the European currency then how might it impact Australia and what should we do?

If the European currency fails then we will go back into another period of economic uncertainty until the playing field is re-established once more. Australian business must stay focused on their game and ensure that supply and value chains remain clear. Agreements with suppliers and customers in those countries need to be secured (preferably contractually) and that debts are not allowed to run out so far that should a hick up occur then any potential delay or write off won’t cost you your businesses cash flow. Many business have also decided to spread their risk by ensuring supply options are available from a couple of alternate sources, and not necessarily all from Europe.

Greece will be very interesting to watch in the next 6 to 12 months, if they can see a way out for their people, and it works for them, then Italy and Spain may just well follow suit.

Richard is a Director at Condon Associates Group leading the Forensic and Business Turnaround Services . For more information call us on1300 939 129.