Does the law really encourage a fresh start for bankrupts?

Does the law really encourage a fresh start for bankrupts? 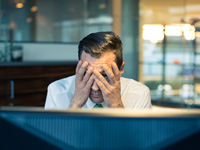 In a recent Federal Court Decision, Di Cioccio v Official Trustee in Bankruptcy [2014] FCA 782, it was affirmed by Justice Pagone J that any after acquired Property by a bankrupt vests with the Bankruptcy Trustee, whether acquired from his income or savings.

The Judgement does leave one with a very interesting question i.e. does the legislation really encourage a fresh start to bankrupts??

The facts and circumstances of the case were that Mr Di Cioccio was made bankrupt while he was in prison and upon his release from prison, he lived rent-free with his parents seemingly to allow him to get back on his feet. From the income that he had earned for the work done whilst he was in prison and some post release new start allowance, the Bankrupt decided to invest in shares. However, these shares were realised by the Official Receiver as after acquired property for the benefit of the bankrupt estate. Mr Di Cioccio then unsuccessfully sought a Court review of the Official Receiver’s decision to sell the shares.

Whilst the above Judgement is consistent with the previous decision of the WA Supreme Court in Rodway v White, it does point out an ambiguity in terms of the income thresholds allowed to a bankrupt pursuant to the provisions of the Bankruptcy Act, 1966. Had Mr Di Cioccio left his income and savings in his bank account until his discharge from bankruptcy, he would have continued to own the funds. However, because he converted his income and savings (although from his accumulated income that was below the threshold allowed by the Bankruptcy Act) to an asset, he lost the protection that would have otherwise been afforded to his income.

As we all know, any legislation is stipulated to encourage the public to think straight, plan their finances and consequently avoid irresponsible and/or criminal behaviour. In the above case, it appears that Mr Di Cioccio who earned income below the allowed threshold attempted to start afresh by planning his finance and taking steps towards building his net worth from the available funds. Unfortunately, the current conflicting provisions of the legislation may have interfered with his attempt.

In light of the above, and subject to an amendment to the existing provisions, the above decision appears to be in conflict with the “fresh start” objective that the bankruptcy legislators often refer to.