Dissolution of a Company

Dissolution of a Company 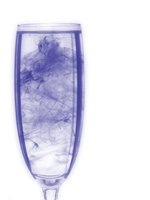 Many times accountants are asked by their clients to dissolve a company very quickly and in a most inexpensive manner.

Generally it is the deregistration of a company pursuant to Section 601AA of the Corporations Act would be the answer.  In order to initiate the deregistration procedures the directors of the company need to declare the following in an application (Form 601) to the Australian Securities and Investments Commission (“ASIC”):

Pursuant to Section 601AA (4) unless ASIC has reasons to suspect that the declaration made in Form 601is untrue, the application will be granted subject to ASIC’s discretion.  When two months have passed since the gazette notice, ASIC may deregister the company.

The timeframe can be around four months and will cost less than $800.

If the company does not comply with the above declaration, one has to consider dissolving the company by way of a members voluntary winding up.

If a company is solvent and wishes to wind up its affairs voluntarily without application to the Court, it must do so by passing a special resolution of its members.  This decision must be made by at least 95% of the members at a meeting convened by the directors for this purpose.

Before a meeting of members can be called, the directors are required to complete a Form 520 – Declaration of Solvency and its attached statement of assets and liabilities.

This declaration must be:

A director who signs the declaration of solvency must have reasonable grounds for his believing that the company has the ability to pay its debts in full within a period not exceeding twelve months after the commencement of the winding up.

The winding up process will take between six to 12 months depending on tax issues and obtaining a tax clearance before distributing the surplus to the shareholders of the company and calling the final meeting. The company is dissolved by ASIC three months after the receipt of the Return of Final Meeting.

The costs of dissolving a solvent company depend on various issues.  Should you wish to discuss any aspects of the above procedures to dissolve a company please contact the staff at Condon Associates.