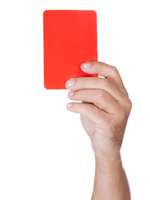 ‘If ethics are poor at the top, that behavior is copied down through the organisation.’

In the wake of numerous corporate scandals between 2001 and 2004 affecting large multi-national companies like Enron, HIH Insurance, One.Tel and WorldCom, even small and medium-sized companies have begun to appoint ethics officers. They often report to the CEO and are responsible for assessing the ethical implications of the Company’s activities, making recommendations regarding the Company’s ethical policies, and disseminating information to employees. They are particularly interested in uncovering or preventing unethical and illegal actions.

When practicing unethical behaviour, the individual finds it necessary to engage in exhausting subterfuge, resulting in diminished effectiveness and little achievement. Therefore a Company can strengthen its public image by training in business ethics. In my opinion, the effectiveness of ethics officers in the market places is unclear. If the appointment is made primarily as a reaction to legislative requirements, one might expect the efficacy to be minimal, at least, over the short term. In part, this is because ethical business practices result from a corporate culture that consistently places value on ethical behaviour, a culture and climate that usually emanates from the top of the organisation. The mere establishment of a position to oversee ethics will most likely be insufficient to encourage ethical behaviour among employees and directors. A more systemic programme that helps with the detection, investigation and elimination of corporate wrongdoing will be necessary to overcome this issue.

One way to deal with corporate wrongdoing is to encourage the activity of whistle-blowing. The individual being investigated would not be able to hide behind the company and delegate its blame to it; he or she will have to face the embarrassment of the unethical conduct that has the potential of ruining their reputation. Therefore this would make other potential wrongdoers think twice before trying to commit a corporate misconduct. A major corporate scandal which was exposed through whistle blowing was the Enron accounting fraud scandal.

There are advantages in seeking to identify and deal with corporate wrongdoing. These advantages include the creation and implementation of corporate self-regulation through voluntary codes of corporate conduct that helps create a positive, law-abiding corporate ethos; early detection and prevention of corporate misconduct; the prevention of ruining the reputation of the Company and saves the embarrassment that has to be faced by directors if they were to be criminally charged for any liabilities; and finally it will help improve the Company’s business as other Companies would be more at ease in doing business with them.

The major drawback in seeking to identify and deal with corporate wrongdoing is the costs associated with investigating and bringing legal actions, if any misconduct has been detected. The costs of designing, implementing and sustaining a corporate code of conduct also has to be taken into account. Moreover, in a hypothetical scenario whereby a Company is suspected of corporate misconduct, but it is found that there was no breach or any wrongdoing after thorough investigations, it could still ruin the reputation of the Company and consequently cause a loss to them. This issue would be disastrous if the media is involved in the investigation of the Company because news would be spread, consumers would then lose confidence in the Company and hence there would be loss of loyal regulars and profit. The careers of the Company directors and employees may also be drastically affected if they are being investigated on suspicion of involvement in corporate misconduct because it would be as if their privacies are being robbed and transparent to the world.

Many great historical philosophers such as Plato, Socrates and so on consider ethics to be the “science of conduct.” Others explain that ethics includes the fundamental ground rules by which we live our daily lives. Many ethicists consider emerging ethical beliefs to be state of the art legal matters; an apparent example in our modern world is that what becomes an ethical guideline today is often translated to a law, regulation or rule of tomorrow. Therefore in order for the world’s economy to develop and grow, the degree of social responsibility in Companies must likewise grow. It is in the best interests of the Company, the consumer, the employee and the environment in general.

In conclusion, I stand by my opinion that business ethics is emerging as one of the greatest recognised needs in business and government today. No other element in business life can profit so greatly for such a small investment. Lacking this, no other element can cost business so dearly.

Links to the series:

• Part 3 – Identifying and discussing the different types of corporate wrongdoings