For asset protection – make sure your SMSF is complying

For asset protection – make sure your SMSF is complying 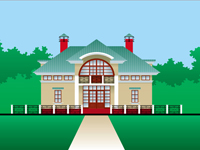 In the recent decision of Coshott v Prentice [2014] FCAFC 88 the Full Federal Court found on dismissing an appeal that property claimed by the Bankrupt to be held by a self-managed superannuation fund was in fact beneficially owned by the Bankrupt.

An important consideration by the Court was that the fund was not complying with the requirements of the Superannuation Industry (Supervision) Act 1993 (Cth). The decision of the Full Federal Court substantially upheld the decision of the Primary Judge. The Court confirmed the property in question was beneficially held by the Bankrupt and his wife and not by a self-managed superfund as claimed by the Bankrupt and his family.

Issues dealt with in the case include:

1.    What amounts to sham? The Court found the Primary Judge had erred in finding there was a sham but in this case it was not necessary to establish a sham in order to find the property was beneficially owned by the Bankrupt.
2.    Superannuation funds – ensure that they actually operate as a complying fund if you wish to establish assets are held in the superfund.
3.    The limitation of the powers of Section 30 of the Bankruptcy Act. Whilst section 30 does not empower the Federal Court to order the sale of a property jointly owned by a Bankrupt and a non-Bankrupt person, section 79 of the Judiciary Act 1903 (Cth) operates to pick up and apply both procedural and substantive State law such as the NSW Conveyancing Act, as a surrogate federal law.
4.    Section 66G of the Conveyancing Act and the interaction with the Bankruptcy Act 1966. The need for two Trustees for the purpose of Section 66G. Independence is a consideration.
5.    Consideration of the proper discretion to award indemnity costs.