Are all animals created equal?

Are all animals created equal? 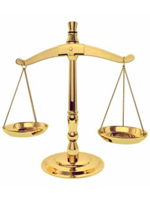 We are probably all familiar with the teachings of the book “Animal Farm” in which it raised a question “Are all animals created equal?”

The purpose of this article is to question whether all animals are created equal when considering it from a commercial point of view. In this article, I will discuss certain advantages which are enjoyed by the Australian Taxation Office (“ATO”) in the commercial environment as far as it concerns insolvency appointments under both Corporate and Bankruptcy Legislation.

In considering this article, it is important to consider the object which both the Bankruptcy Act and the Corporations Act are trying to achieve in both Liquidation, or any of the Bankruptcy Scenarios.

Under the following scenarios, I am going to consider the equity/inequity of certain arrangements which are favoured towards the ATO in relation to various insolvency appointments. Each of the scenarios are discussed as per the headings below.

Under the principles of the Bankruptcy law as discussed above, all Unsecured Creditors should be treated equally when matters of distributions from the Bankruptcy Estate are considered.

In addition to the above, it is further noted that under Bankruptcy Legislation, a creditor is not permitted to continue with any enforcement proceedings against the Bankrupt (after the Bankruptcy is commenced) without the leave of the Court. In essence, this section of the legislation is designed to prevent creditors from gaining an advantage over other creditors in trying to realise assets of the Bankrupt which should otherwise be available for distribution for the entirety of the Estate.

As a result of the above, the ATO retains a benefit over other Unsecured Creditors by reference to the legislation of the Taxation Administration Act. A practice of the ATO is that where an individual is entitled to receive an Income Tax refund as a result of lodging their Income Tax Return, the ATO has been keeping such refunds to offset against any Bankruptcy liabilities the Bankrupt may have with the ATO.

Section 8AAZL of the Taxation Administration Act gives the ATO the power to retain the refunds.

As can be seen from the above, it is clearly evident that the ATO has gained a financial advantage which is not otherwise accommodated or afforded to other ordinary unsecured creditors.

Calling for Proofs of Debts

Under Section 260-45 of the Taxation Administration Act, certain conditions are placed on a Liquidator when distributing the assets of the company. A Liquidator is required to write to Commissioner of Taxation, and request the “Notified Amount”. The Notified Amount, is the sum which the Commissioner of Taxation believes is outstanding from the incapacitated entity. It is this sum which is used by the Liquidator to admit the ATO’s claim as a creditor in the Liquidation for dividend purposes.

Section 260-45 requires that the Liquidator does not distribute the assets of the company until he or she has been provided with the Notified Amount.

To further secure this position, the legislation poses a personal liability on the Liquidator in such events where he or she distributes the funds without regards to the ATO’s claim, and that had such a claim been received and dealt with in time, then the distribution that would otherwise have been paid to the ATO is a personal liability of the Liquidator.

As can be seen from the above, whilst every other unsecured creditor is required to adhere to the Notice issued by the Liquidator when calling for Proofs of Debt for dividend purposes, it would appear that the Taxation Administration Act provides an advantage to the ATO which is not otherwise available to ordinary unsecured creditors.

In a recent case before the Federal Court of Australia, the Liquidator of PM Developments Pty Limited sought to challenge and/or question, the ATO’s right to recover funds (the GST from a sale of such Secured Asset) in priority to the secured creditor over such assets.

In the matter of Deputy Commissioner of Taxation v PM Developments Pty Limited, the Court was asked to consider the question of whether the sale of an asset via Liquidator to which GST was charged, creates an obligation on the Liquidator to pass on the GST to the Australian Taxation Office, or should such funds be retained by the mortgagee to the secured assets. The focus of this case for the purpose of this article is to concentrate on the ability of the ATO (an unsecured creditor) to recover monies from the sale of an asset which is subject to a mortgage or charge.

In the circumstances of this case, the Liquidator of PM Developments sought to enter in a contract of sale for a residential unit in Queensland, where the property was subject to a mortgage. It is noted, that from the sale of the unit, there were insufficient funds to repay the mortgagee in full. Therefore, the matter was brought before the Court to determine the liability for the GST from the sale of the unit.

The arguments raised on behalf of PM developments were such that it was the sale of a Secured Asset, and how could an unsecured creditor (the ATO) have the right to recover funds in advance of the secured creditor, who had advanced monies for the purpose of securing the asset, and held adequate and appropriate mortgages and charges in relation to same.

The ATO sought to argue that when the Liquidator enters into the contract for the sale of the asset, the obligation to pay the GST in relation to the sale vests on the Liquidator, and that the Liquidator is personally liable to remit the GST from the sale.

There were many arguments as to why or why not a Liquidator should be held to be personally liable for the GST in relation to this transaction, the details of which are beyond the scope of this article. Notwithstanding the above, the decision of the Federal Court of Australia was such that the present drafting of the legislation as it stands did not create a personal liability of the Liquidator for the GST collected from the sale of the asset.

This case was a test case to determine the appropriate priority for the receipt of the funds, given the conflicting claims of the secured creditor (the Mortgagee of the Property) and the unsecured creditor (the Australian Taxation Office). By creating a personal liability of the Liquidator to remit the GST, such remittance is detrimental to the interest of the Secured Creditor.

To combat the outcome of this case, the ATO has written to Insolvency Practitioners advising of their intention to change the GST Legislation, such that the Legislation will be amended to impose a personal liability on the representatives of incapacitated entities, (in this case the Liquidator of PM Developments) for any GST collected on taxable supplies made during the course the Administration/Liquidation of the incapacitated entity. Not only is the ATO seeking to make such changes, they are also seeking to make such changes retrospective from 1 July 2000.

Accordingly, it is apparent that ATO is seeking to gain an advantage which is not otherwise available to other Unsecured Creditors, especially when dealing with Secured Assets.

Section 260-5 to Scetion 260-20 gives the ATO the power to make recoveries from third party debtors where a company is indebted to the ATO in relation to tax related liabilities. In essence, this legislation of the Taxation Administration Act allows for the ATO to recover money from a third party in order to reduce or offset any debts owed by the Company with the primary debt.

For example, ABC is indebted to the ATO to the sum of $100,000 for outstanding taxation liabilities. The ATO is aware of the trading activities of ABC, and is also aware that ABC has just done a significant amount of work for XYZ for which XYZ owes ABC $80,000.

In accordance with the legislation referred to above, the ATO can write directly to XYZ and demand that when the $80,000 becomes due and payable to ABC, that such money is forwarded directly to the ATO, and not to ABC.

If any other unsecured creditor tried to establish a similar regime, they would be required to make an application to the Court in order to achieve the same objective which is afforded to the ATO by the Taxation Administration Act.

As can be seen from the examples listed above, there are wide ranging powers (existing and proposed) available to the ATO which are not otherwise available to other ordinary unsecured creditors.

When one considers the principles and concepts of both the Bankruptcy Act and the Corporations Act when dealing with insolvent entities, i.e., that everybody is treated equally, and that assets which are available for distribution are divided equally amongst ordinary unsecured creditors, it is apparent from a commercial sense, that perhaps some animals are more equal than others.