Amendments to the Franchising Code of Conduct

Amendments to the Franchising Code of Conduct 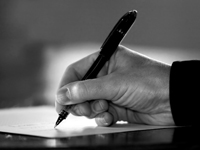 Following the recommendations of an independent review of the Franchising Code of Conduct (“the Code”) by Alan Wein in 2013, the Government released a draft of amendments to the Code in April 2014 with the following major reforms:-

It is noted that this draft gained widespread support across the industry and positive feedback as the flexibility and agility for the regulator to deal with breaches of the Code is greatly enhanced. Furthermore, the introduction of civil pecuniary penalties and infringement notices facilitates greater compliance across the franchising industry and cut red tape by clarifying and streamlining provisions. In addition, the obligation to act in good faith makes participants in the franchising sector more accountable for their conduct, thereby ensuring Australia hold world-class franchising regulations to nurture and flourish the development of this industry.

Once the Bill is passed by Parliament, the Federal Executive Council will progress the new Code Regulations in late 2014. The new Franchising Code is expected to take effect from 1 January 2015.