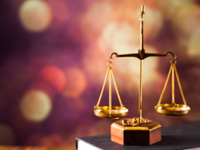 The message to secured Creditors is be decisive and save costs. In a recent High Court Decision, Stewart v Atco Controls Pty Limited (in Liquidation) [2014] HCA 15, it was affirmed, the Liquidators have their right to lien to a valid security.

The Judgement was on the same principle as that in Universal Distributing Co Ltd (in Liquidation) [1933] HCA 2 i.e. a Liquidator is entitled to an equitable lien for the costs, charges and expenses (including the Liquidator’s remuneration) incurred by the Liquidator in realising assets brought into the Liquidation and that such lien gives the Liquidator a priority over a Creditor’s security.

The Victorian Court of Appeal found that the Universal Distributing did not apply to the current case as the Liquidator’s action in pursuing the resultant settlement was not pursued for the benefit of the Secured Creditor. However, such argument was rejected by the High Court on the basis that the funds would not have been available in the pool had the Liquidator not decided to take the said action, although through funding and indemnity from an Ordinary Unsecured Creditor in the Liquidation.

If a secured Creditor acts quickly after leaving of the appointment of a Liquidator they can:

The best option will depend on the circumstances, if there is no cause as to security the most cost effective approach will be to work with the Liquidator,.

The High Court’s decision clearly indicates that it would be unfair for a Secured Creditor to get the full benefit from the realisation of the Company’s asset for which the Liquidator is the one who incurred costs and expenses in bringing in the funds into the Liquidation pool. It only seems fair for the Liquidator to receive a priority for his costs and expenses including his remuneration, STET out of pockets and disburse the funds to an Unsecured Creditor who funded Liquidator’s action during the process of Liquidation.

Based on the decision, it does seem worthwhile for professionals to point this out to their clients who hold a valid security over the assets of a company.