A lesson learnt, or is it yet to be learned?

A lesson learnt, or is it yet to be learned? 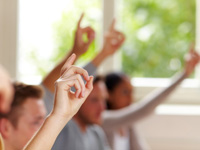 A little over a week ago, I received notification from the Senate that the Senate Inquiry into the Insolvency industry would be delaying the publishing of their report due to the fact that the Federal Parliament had been parouged for the calling of the General Election. The proposed new date was to be the middle of September. Given the now known result of last Saturday it will be interesting to see if there is any further change. I do hope it is not rushed.

Well the election result has left many amazed, but whilst it was not openly backed, the result was in many ways predictable. There has become an almost automation to the process that in essence two substantial opponents revolve around a cycle of head butting and promises ultimately seeking the authority to control the process for a following term. The differences between the players have over time become blurred and the general populace appears to have waned from the consistent onslaught of NDP’s. (Non Deliverable Promises)

Minority governments are a very common occurrence throughout Europe and in some countries it is almost the norm. It is likely to provide a genuine opportunity for those that govern to actually focus centrally, and as a unified group on the core issues that confront the country. As has begun to come out a little more in recent times, there is an increasing fear that the worst of the GFC may not yet be over, and as one pundit put it that there will be no “stimulus funds” available to prop it up the next time. One thing is for sure that to successfully conquer such obstacles a unified approach is required. Consequently Australia may well have elected exactly the Parliament it needs to deal with the crisis ahead; one that may actually deal with it rather than merely blaming the other side on the basis that the circumstances are actually their fault.

So what is the relevance to our Inquiry, with so much political turbulence at the moment and a media environment that seems to focuses on daily (or even hourly ) headlines there is every chance that a document that could have a genuine impact on our industry could get washed away in the flood of party political turmoil.

How we approach this now could well have very short term consequences if those that predict a second serve of GFC are correct. If the Insolvency industry approaches such an issue with a modern perspective then it will be about preserving value not destroying it.

One thing is for sure we live in interesting times. What we must focus on is that we all learn from the experiences as we go and adapt to the ever changing environment, not just the natural, but also financially, politically and internationally.

Alas, there are some though that already believe they know the answers because they have been trained!! Let us hope that those who are in control have the capacity to do so with open eyes and an intent on preservation and growth rather than historical process.