Condon Associates is privileged to have a stratum of professionals ready to undertake our client’s requirements. 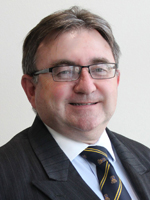 With a career spanning 40 years and including firms such as Hungerford’s, Arthur Andersen, and Jones Condon, Schon Condon is currently the managing principal of Condon Associates.

As a well respected media spokesperson and advisor on forensic, insolvency and turnaround matters for both CPA Australia and TMA Australia, Schon’s expertise covers a wide range of areas including insolvency, turnaround, litigation support, forensic accounting, special investigations and valuations.

Media trained and with national and state media experience, Schon is a well recognised and well renowned member of his profession.

He has held the following positions: 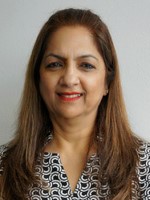 Padmini Saheb is a Team Leader in the Insolvency Division of Condon Associates. Padmini holds a Bachelor of Business Degree from University of Technology Sydney (majoring in Accounting).

Padmini joined Jones Condon in 2001, until the dissolution of the partnership when Padmini joined the newly formed Condon Associates.

Prior to Padmini joining Jones Condon, she was employed by the Insolvency division of Ernest & Young and PKF.

Padmini’s experience in the industry exceeds 15 years and she is always eager to help clients who need assistance in insolvency matters. 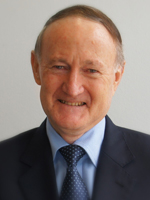 Bob Cruickshanks is a Senior Manager in the Insolvency Division of Condon Associates. He retired from the Australian Financial Security Authority (“AFSA”, then known as the Insolvency Trustee Service Australia “ITSA”) as a Deputy Official Receiver to NSW and ACT, ending a career spanning 34 years during which he worked in all the front line sections of ITSA.

Bob joined ITSA (then known as the Official Receiver’s Office) after gaining his accounting qualifications, and began administering bankrupt estates. His investigations into a registered trustee’s administrations led to the formation of the Trustee Task Force which subsequently became the Bankruptcy Regulation Unit which regulates and oversees all trustees including the Official Trustee, which is part of ITSA.

In 1979, Bob set up the Proceeds of Crime section within ITSA which led to the change of name for the office, and in 1998 set up the Child Support section which has a similar function, viz. the management and realisation of assets.

Bob has administered numerous complex bankrupt estates and proceeds of crime matters during his career at ITSA. Prior to his retirement one of Bob’s functions involved the issuing of Official Receiver Notices to assist trustees to gather information and recover property transferred prior to bankruptcy as well as garnishee a bankrupt’s income to meet their liability for income contributions. Between 1998 and 2004, Bob had a number of trips to Jakarta as an adviser to the Indonesian Justice Department providing advice on the proposed amendments to their insolvency laws.

Bob has had a long and harmonious relationship with financial counselors and registered trustees, and has been instrumental in providing technical training to both groups based on his extensive knowledge and experience in the complexities of personal insolvency administration which encompasses both the legislative obligations on trustees and the practical implications of the Bankruptcy Act and associated legislation.

Bob makes a valuable contribution to the advancement of Condon Associates in the field of personal insolvency administration and investigation. 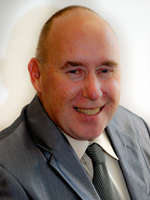 Stuart has been the face of Rinkaz Finance since 2011, being a self-motivated people person he has developed and built strong business relationships, this has been achieved by taking pride and delivering prompt and efficient service without being disruptive to the business operations.

He is dedicated to providing real workable solutions and is prepared to work beyond the normal 9-5 working hours to achieve this.